The eleven-year-old Lights of Liberty attraction has been completely re-imagined creating two separate shows: a year-round indoor and separate seasonal nighttime outdoor attraction housed at the remodeled Historic Philadelphia Center at 6th and Chestnut Streets in Philadelphia’s historic district, across the street from Independence Hall and the Liberty Bell.

The new PECO Theater is the center of the newly renovated Historic Philadelphia Center and features the groundbreaking new attraction, Liberty 360, a 360-degree 3-D spectacular. Consisting of a 360-degree screen, 50 feet in diameter and 8 feet in height, displaying 3-D pictures with image resolution of 9.5 million pixels. The exterior of the 360-degree PECO Theater is covered in Nilestrip LED that can be seen from the street, displaying ever-changing animations. 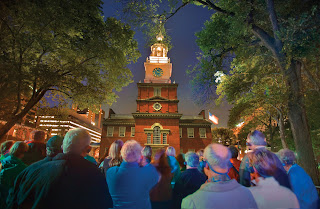 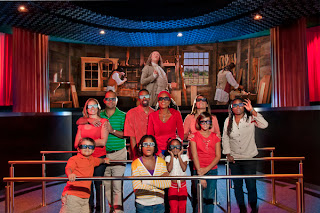 Liberty 360’s Grand Opening Weekend will be this weekend, Friday – Sunday, October 1-3, 2010. In addition to being the first to experience this spectacular new attraction, visitors will be greeted by Historic Philadelphia History Makers in period costumes. Saturday and Sunday, free balloon animals and face painting will be provided for children. And the Phillie Phanatic will greet fans at the Historic Philadelphia Center at 3 pm on Saturday, October 2.

MISSED A DEAL? Check Out The Latest Related Posts

This site uses Akismet to reduce spam. Learn how your comment data is processed.

Win It!
Family 4-Pack to Peppa Pig Live! at the Met Philly

Copyright &copy; 2011 All Rights Reserved
Designed and Developed by SocialHubris